What are you Really Saying IV: Word up

What’s in a word? They’re much more than just arrangements of letters used to communicate. In every word there is a fascinating history if you dig deep enough. Etymology is like the genetic science of language. It peers into words at a cellular level and uncovers truths, myths and rumours about how our language came to be – and how it continues to evolve before our very ears.

Words are like any creature with a life and an ancestry. Here are some of their stories.
(Part I; Part II, Part III)

Today’s meanings: Stereotype is the predetermined perception of something (usually about people and usually discriminatory). Cliché is an expression used so many times it becomes tired and needs to lie down for a while.

‘Stereotype’ (Greek origin) is literally: ‘solid impression’, which was why it was adopted by the the blossoming printing trade in late 18th Century France to describe the metal plates that stamped ‘type’ (ink) onto paper. Since it was used to produce the same type repetitively, so became the use of ‘stereotype’ to mean an impression reinforced by repetition.

‘Cliché’ (French) was a more colloquial term for these plates coined by the French printing press workers for the soft clicking noise made by the molten metal as it was being poured into a stereotype mould.  So, in a literal sense, a cliché is the creation of a stereotype.

Only those lazy, cheese-eating, riot-loving frogs could have come up with that!

“Human. Stop screaming. I am here to help.”

In 1920, Czech sci-fi pioneer, Karl Capek, penned the futuristic play R.U.R that went on to influence generations of sci-fi writers – and possibly even predict the outcome of civilisation itself.

Capek’s work was the original tale of technology-assisted apocalypse. Human science and industry led to the invention of  human-like drone workers, which Capek called ‘robots’, This term derived from robotnik which means  ‘slave’ in his native Czech tongue. The rest is cliche – ,these robots begin to have thoughts and feelings, they soon realise humans are taking advantage of them, they blow a few fuses and proceed to destroy all humans. It’s a cliche tale now, but eerily becoming less fictional than Capek’s original intention … You may want to be careful with how loosely you say the ‘r’ word around your indentured microwave…

“I’m coming for you, self checkout machines…”

In the tech boom of the late 18th century, the invention of the mechanised loom heralded one of the first times in history that large-scale human redundancy jolted society. These hulking machines could manufacture textiles with robotic efficiency and replaced many thousands of angry workers almost overnight – much to their displeasure. In France, those suddenly deprived of income for cheese and cigarettes particularly got le merdes, and in their revolt a new word was born.

They clamoured to smash up the evil looms, but were unable to get close enough with hammers or bats. So, they so pitched a ranged battle,  taking off their weird wooden shoes (called sabots) and hurling them over barricades and into the fragile  guts of the machines. For this, they were labelled saboteurs and eventually the word ‘sabotage’ entered the English lexicon. Interestingly ‘clog’ – another weird wooden shoe, is now also used for when something blocks something else – like a shoe ‘clogging’ up a loom…

The word ‘jumbo’ was not originally a word, but an elephant. Jumbo the elephant, the most famous elephant that ever lived, was an enormous specimen who was  snatched from the African plains (where it’s thought the local word for elephant was ‘jumbo’) in the 1860s by spectacle-magnate and kind-of-a-bastard P.T. Barnum. Barnum took jumbo around France, England and North America for gasping crowds to witness – for a small fee, of course. Jumbo was so big, even for an elephant, that his name was eventually used to describe the enormity of passenger jets, slurpees and unnecessarily large post-it notes

Sadly, poor Jumbo met his demise when he was hit by a train. According to Barnum it was whilst trying save a fellow circus elephant – but more likely in an attempt to sabotage his overlords. In his enormous stomach they found a number of pennies, keys, metal tools and even a police whistle. Those objects were normal sized, though. 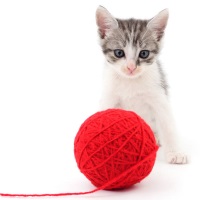 Today’s meaning: an item or piece of information that might hint at the solution to a problem. Only found using a magnifying glass.

The clue to the origin of the word Clue is in its derivation from the medieval word ‘clew’, meaning ball of thread. If you’re into classical Greek reality TV, you may recall the episode of ‘I’m a Corinthian, get me out of here!’, where Theseus went to Crete to slay a jumbo bull-man called a minotaur with a fancy sword. First, though, he had to descend into an epic labyrinth to find the beast, and getting out would have been impossible had it not been for his mate Ariadne. 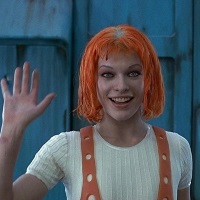 “Question… if I’m an element of the Universe, why can’t I pick a better hairstyle?”

Today’s meaning: the purest or most typical example of a thing.The most thing thing.

Everyone who watched Captain Planet knows earth, water, fire and wind are the fundamental elements (no, ‘Heart’ doesn’t count – the monkey did most the work, anyway). This notion dates back to ancient times long before we knew of molecules, quarks and bosons.

By the Middle Ages, however, philosophers began to suspect there was undiscovered element that was even more important that the other four. It was a fifth-essence, or ‘quintessence’ to use the contemporary language, and the idea of it blew peoples’ tiny medieval minds. Although this  theory was soon crushed under the boot of physics and the scientific method, it provided a clue to deep thinkers of the time that there was more to the universe that met the eye.  Like someone microwaving fish in an office,  the quintessence was that which was unseen, but permeated all nature and comprised all things – today we call it ‘dark energy’…

Today’s meaning: an adjective for someone who is well-presented, suave and urbane. A Rolex timepiece and grey on the temples helps too.

Close your eyes and think of the word ‘debonair. You might find a certain pleasant and inoffensive fragrance dancing by your minds’ nostril. It makes sense since the word that now is used to describe the quintessentially handsome and suave descends from old French – and broken down, it literally translates to: ‘of good air’.

In the Middle Ages, folks would judge one another’s healthiness partly by how they smelled. So, a person emanating a pleasing musk was “of good air” and presumed to be healthier and happier than the average peasant. A person who reeked was shunned and labelled ‘of  Lynx Africa.’.